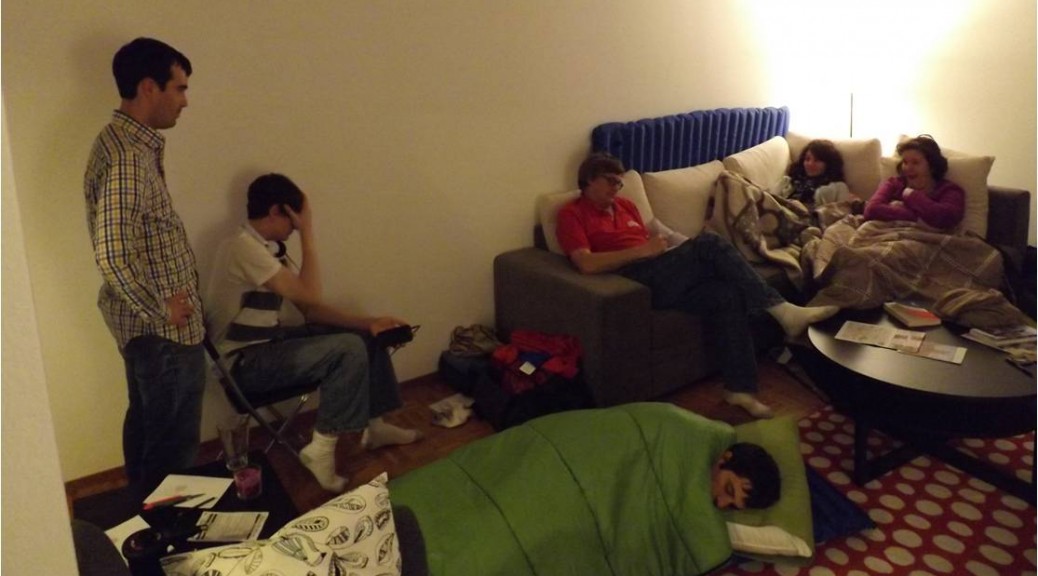 This week we welcomed our first visitors to our new apartment!  Friday afternoon all the Olson’s, my parents, three brothers, and one sister-in-law arrived in Geneva for a week long visit.

Their plane landed a little after 11AM, and they walked out of the gate just as I showed up to help guide them through the train system back to the apartment.  We spent a little time unpacking, we were fortunate enough to have them bring two big checked bags full of things we just couldn’t carry on our initial move, then we made a trip to Lausanne to see the cathedral and waterfront. (except for two people that were too tired and needed a nap.)

Saturday we hiked around the Lavaux wine region just east of Lausanne, and Sunday we visited Geneva.  Its been nice to see things again, but through others eyes and to catch up with everyone again.  It’s been a busy few days, when it settles down I’ll write a better organized and thought out post about their visit.  In the meantime check out the album below of our pictures with the Olson’s so far.

Also this week, in anticipation of traveling to Paris with my family, we had to get our visa’s renewed.  Our initial visas were good for only 90 days, which, if everything goes normally should have been enough time for our residence permits to go through the system.  There seems to be a lot of people in our same situation because it was a half hour wait in the office to get the new visas.  A bit of good news through the ordeal though is that the clerk told Melissa her permit should come in the mail any day now because the computer says its approved.  However, four mail days later still no permits.