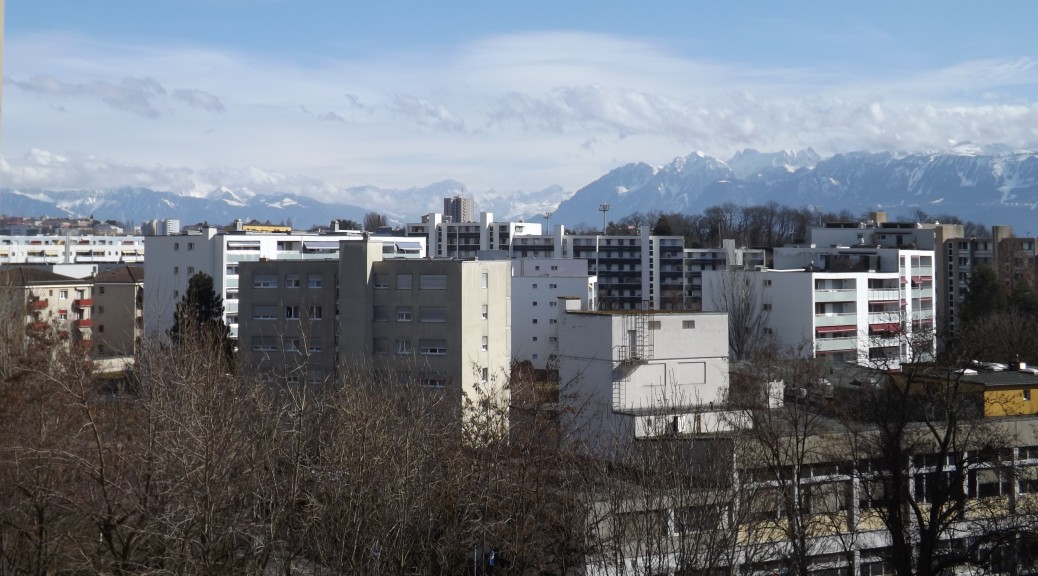 WE FINALLY MOVED INTO OUR NEW APARTMENT THIS WEEK!

Monday at 1:30PM we arrived for the walk through carrying as much of our belongs as we could.  The concierge greeted us at the door, (in the U.S. the concierge position would be called a building superintendent) and even though he didn’t speak any English we were able to figure out the laundry, trash, and storage area’s from him.

We then took the elevator to the sixth floor (seventh if you’re counting American style) to do the walk through inspection with a representative from the rental company.  It went quickly and smoothly, but we still had a lot to do after the inspection.  We made two more trips back to Melissa’s office to grab the rest of our stuff, and then took the train to IKEA to buy as many dishes, pots, and pans as we could carry, just to have something to cook and eat off of that night.

As night was falling our last task was to put in some light fixtures.  It seems like a weird and dangerous way to do it, but in Switzerland all the light fixtures move with the tenants.  The places where they go were like the picture below, just a couple of live wires sticking out of the ceiling.  Lucky for us we had fixtures waiting for us because the last tenants wanted to sell them, and we wanted to buy them.  They were just disconnected because that was a requirement from when they moved out.  We remembered to ask where the circuit box was during the walk through, we turned off the power, and got the lights up without getting electrocuted.  Then it was off to bed on the pull-out couch which we were fortunate to have also bought from the previous tenants. 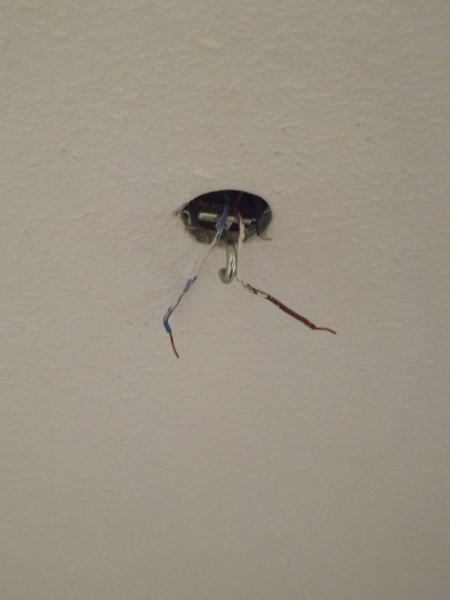 All day Tuesday was just unpacking, and buying groceries.  On Wednesday morning our big IKEA furniture order arrived, then the real work began.  I spent all my time assembling and Melissa helped when she came home from work.  She was even assembling Thursday night, on her birthday (though she had a couple of glasses of wine to help)! Even so, it took us until Saturday to have everything put together.  I really missed not having any tools, we could have been done so much faster, and I wouldn’t have a big blister on my thumb from those stupid little IKEA allen wrenches. 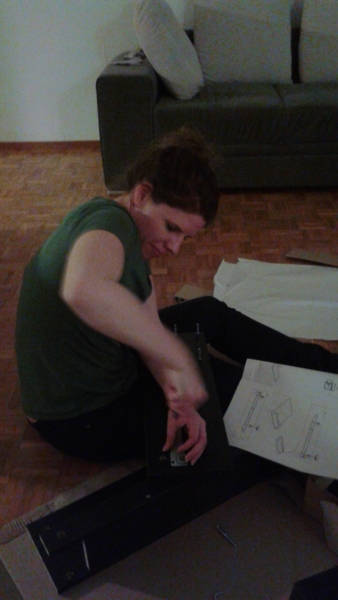 Unlike in the U.S., we had some bureaucracy to navigate with our move.  Here the government always needs to know where you live.  Friday I had to go to an office in Lausanne to fill out a form that said we moved.  Then I had to take that form, along with four or five other forms, to an office in our new commune, Chavannes-près-Renens, to announce our arrival.  It’s weird they can’t do stuff like this over the internet, but I just shrug it off and and say its the Swiss way.

Saturday we made two more trips to IKEA, buying some of the little things like lamps, sheets, pillows, and more dishes.  After almost a week here everything is pretty much put together, and we can finally relax!  The below album has the floor plan and a walk through the apartment, along with views out our windows.