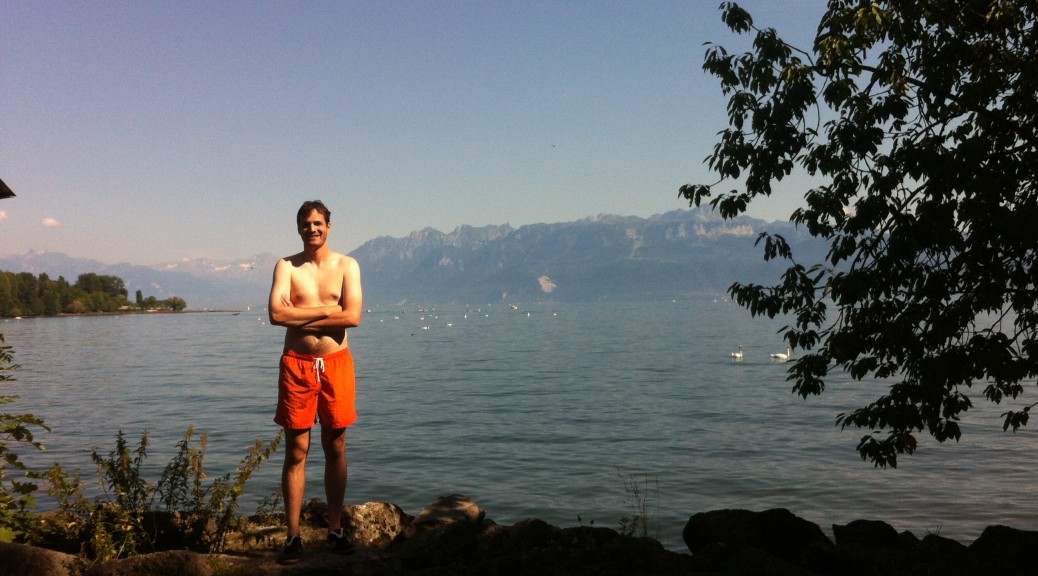 Hello!  Thanks for checking out my blog.  I’m an unemployed American living in Switzerland.  People keep asking me what I’m going to do here, so I thought I might as well start a blog to let everyone know what I, and my wife Melissa, are up to.  I came up with the blog name phunemployment, by combining my name, Phillip, with the word funemployment.  Funemployment is what us hip millennials call being unemployed and having fun.  Since this is the first post I think I’ll write about how we decided to move to Switzerland.

The story starts in May of 2014 when Melissa was finishing up her PhD in chemical engineering and looking for jobs.  Our plans for after her graduation were to move wherever she could get a job.  I was sick of my job as a Quality Manager at a manufacturing company and probably would have quit sooner, if her graduation wasn’t so close.

Melissa applied for jobs all over the country and some in Europe.  One of the jobs she applied for was in Switzerland as a post doc at L’École Polytechnique Fédérale de Lausanne (EPFL), for the non-French speakers, EPFL is the Swiss Federal University of Lausanne, Switzerland. After a phone interview, they offered to pay for her plane ticket and two nights in a hotel for an in-person interview. I could come along, but I would have to pay my own way.  So, we thought even if she doesn’t get the job at least we’d get a cheap European vacation.

We spent five days in Switzerland in July of 2014.  Sightseeing in Zurich and Lausanne, swimming in Lake Geneva, eating Swiss chocolate, and on one of the five days Melissa had her interview.  And wouldn’t you know it, she knocked their socks off! A few weeks later all the papers arrived and she took the job offer.

It was a bit of a scary decision to make.  We’d have to leave all our family and friends, and who knows when we’ll get to see them again?  We’re hoping maybe once a year we’ll be able to fly back to the U.S. There are also phones to keep in touch, but Switzerland is 7 hours ahead of Minnesota, so calling home will take planning. We’d have to live in a whole different culture, with a new language, using only public transport, not being able to shop at Walmarts, and all kinds of things we have yet to find out.

But this is a once in a lifetime opportunity, and we feel like we’re young enough to do it; without anything tying us down such as: owning a home, having kids, or me liking my job. The culture is different but its not as exotic as other places in the world.  We’re both of European ancestry so it’s kind of like going home and seeing how our relatives that didn’t make it to America live.

It helped out too, to know that Melissa’s contract is yearly, and her job will most likely last only 2 to 3 years.  We know a lot of people can only dream of getting an opportunity like this to move to a different country, we feel blessed to have it, and we took it.

2 thoughts on “How it Started”