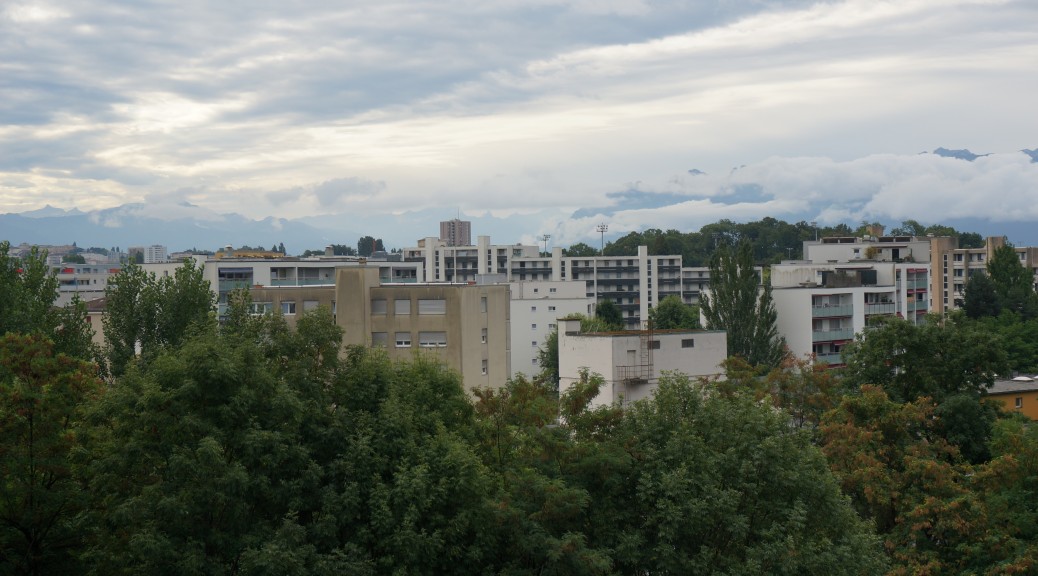 What have we been up to since returning from America? 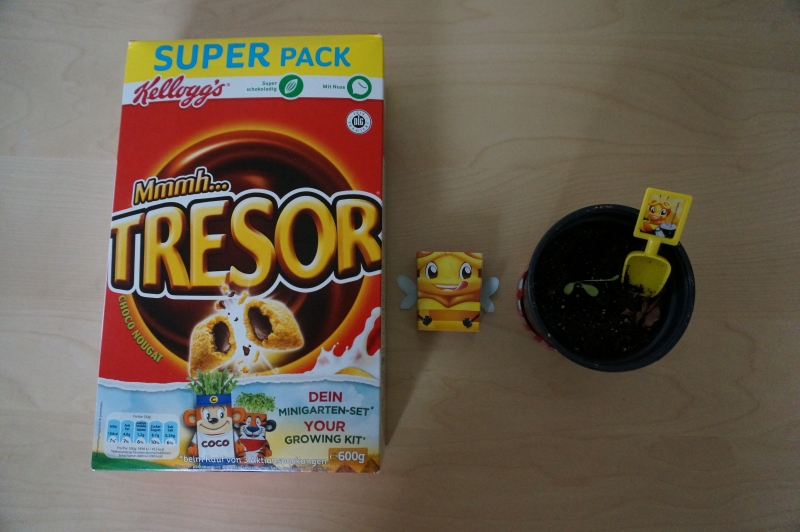 I am happy to report that none of our plants died while we were away.  My water bottle watering system worked well enough, although the basil was a little wilty, and there was still some water left over.  The only thing I would change, if I use it again, would be to make larger holes in the bottle caps.

In other gardening news, when we first checked our mail after returning, we found there was a package from the Kellogg’s cereal company waiting.  It was a mini-garden set that was shipped to us after collecting three cereal box codes and entering them online.  It contained a tiny little pot, a tiny little shovel, and eight lettuce seeds.  The pot and shovel are ridiculously small, and only one seed has come up so far, but it was free so I won’t complain.  In a couple months we might even have a leaf of lettuce to put on a sandwich. 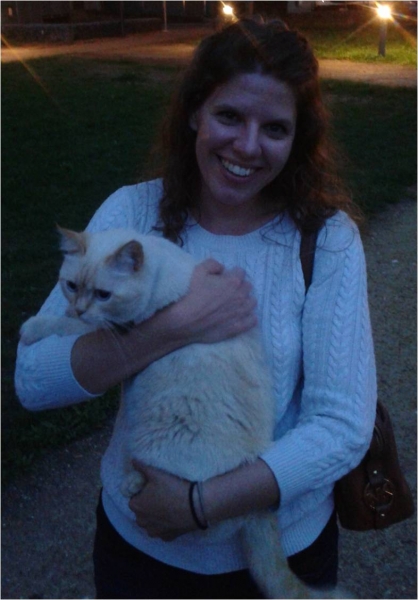 Helping Out the Neighborhood Cat:

Quite often when Melissa goes to work, or I walk to the grocery store, we see a white cat on our path patrolling the neighborhood.  He is very friendly, and if Melissa stoops down and says “Kitty” he quickly comes over to let her pet him.  One week ago, as we were coming back from Lausanne, we were surprised to find him frightened and trying to hide by the steps of the busy train station, a couple of blocks away from his usual location.  Melissa recognized him right away and he put up no fight when she picked him up.  We walked him across the busy street in front of the station and set him down where we usually see him.  So we found we can still help out our neighbors in a foreign country, even if we don’t speak the same language. 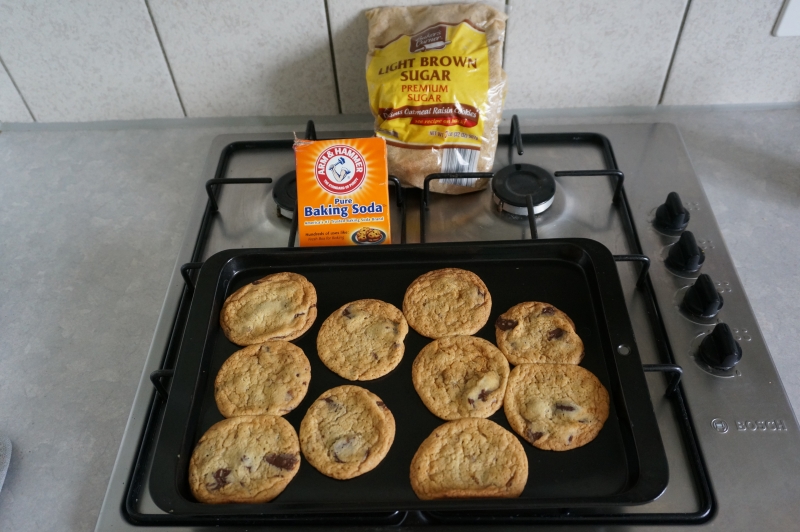 The most important things we brought back from our recent trip to America were a baking sheet, brown sugar, and baking soda.  These are all things to make baking cookies easier.  My parents had brought over two baking sheets in March, but our oven is so small that the door wouldn’t close for either of them, so we had to use a cake pan for all our baking.  Now we have one that fits great.

Brown sugar isn’t sold here, but the ingredients (sugar and molasses) are.  We tried making our own, but it doesn’t quite taste the same, (I probably screwed up the ratio).  Now that we have the American stuff I don’t have to worry about making any.  Baking soda is sold here, but it’s called sodium bicarbonate and comes in little 15g packets that look like Koolaid packets.  It’s annoying to use, first because the packets for baking powder, called “poudre à lever”, are the same size as the baking soda and I’ve screwed up which is which before, and second because they come in little gram packets it’s never the right amount for a recipe, so I always end up wasting some or using the wrong amount.  Now with our box of baking soda, and our American measuring spoons (that we brought earlier) we can cook the usual American way.

Melissa learned there is a downside to our new lower meat diet.  She had been feeling a little off lately, enough that her mother convinced her to see a doctor over here. At her appointment she was diagnosed with low iron levels.

Visiting a doctor in Switzerland is pretty similar to visiting one in the U.S.  We first emailed our insurer and found out that our plan allowed us to pick any general practitioner we wanted.  We then tried to do some research, but couldn’t find much for reviews or different prices.  We ended up just selecting a clinic within walking distance, that had a website, and advertised that some doctors spoke English.

We emailed the clinic twice in a week without a response, then I decided I would have to try the most difficult foreign language task: talking on the phone.  I am proud to say I had my best phone conversation yet, I only asked the receptionist to repeat herself once, and only stumbled a little bit on saying Melissa’s birthday and spelling her name.

Melissa’s appointment was the day after my call.  I tagged along and noticed only one thing different culturally.  As we waited in the waiting room other people with appointments would come in and each say “Bonjour Mesdames et Messieurs”  It felt very formal, and a bit strange to be wishing presumably sick people a good day.

After three days Melissa got her blood test results, and then a prescription for a supplement.  Next we’ll have to figure out how expensive health care is here…  From our initial research it looks like we pay all the costs, then we talk to our insurance company and see if they will reimburse us for anything. 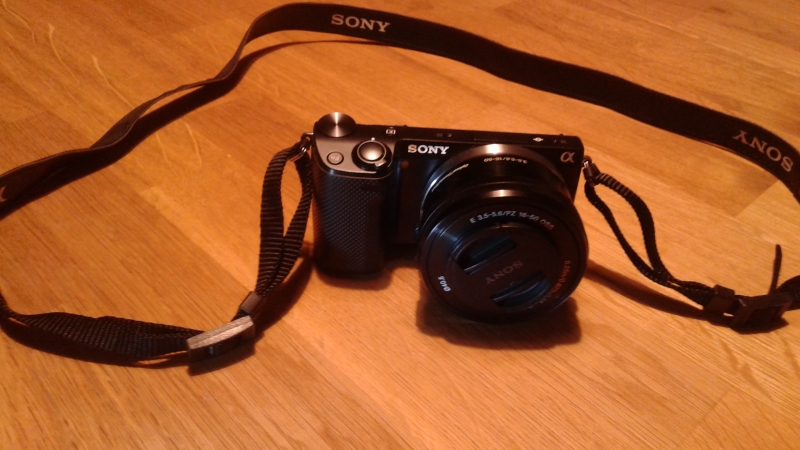 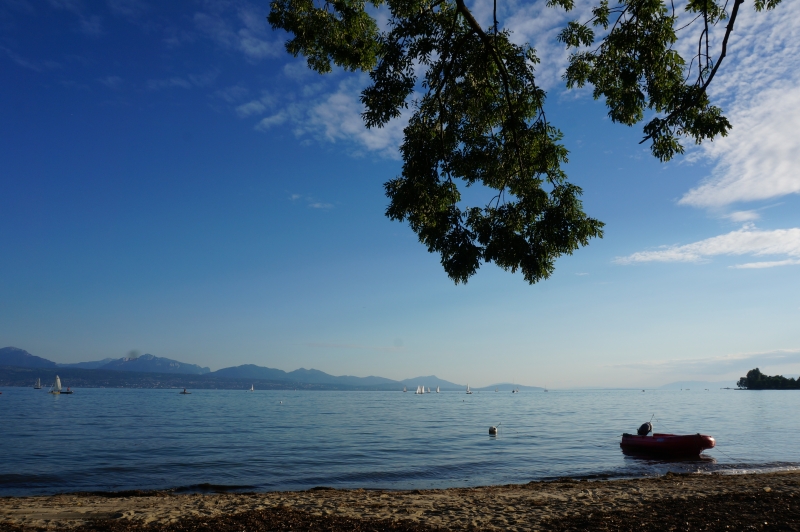 Testing out our new camera:

I think I forgot to write on this blog that we bought a new camera when we were in the U.S. After having our cell phones continually take better shots than our actual camera, we decided it was time for an upgrade. Melissa did some bargain hunting on Amazon and found a good deal on a ‘mirrorless camera’ which had significantly better specifications than our older camera. We really like it so far and have spent some time playing with different scenes, settings, and lightings. Ultimately you all can be the judge of our new photo quality and camera.  In a day or two look for a post with some shots taken from our trip yesterday to Interlaken, Switzerland. It was a great day-trip that deserves its own post!