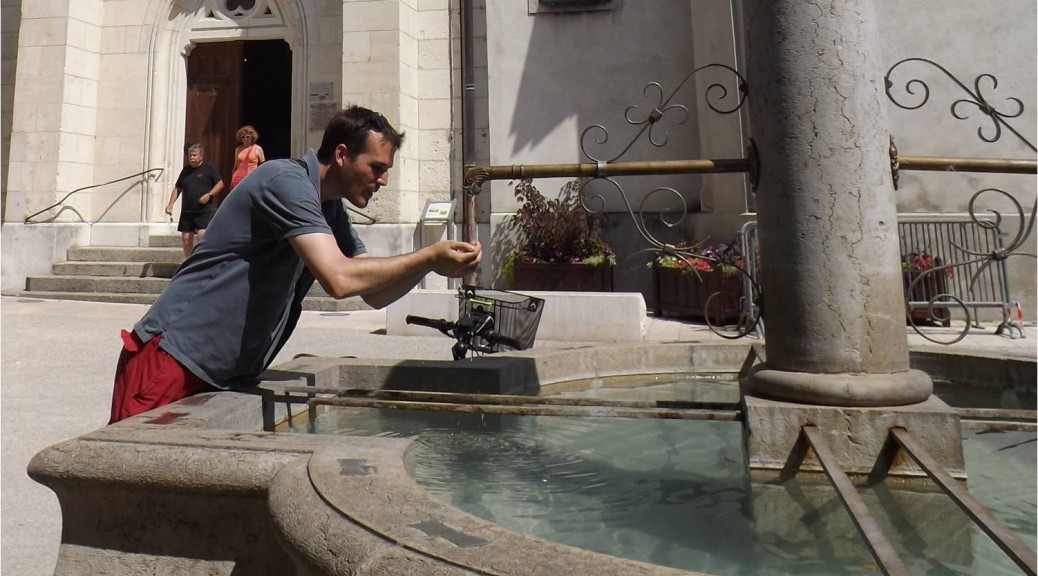 When I started this blog last December, one of my first posts, titled “Subtle Differences”, was about all the little things I’d noticed to be different than in the U.S.A.  Now that a few months have gone by, I’ve noticed a few more things to add to my list. 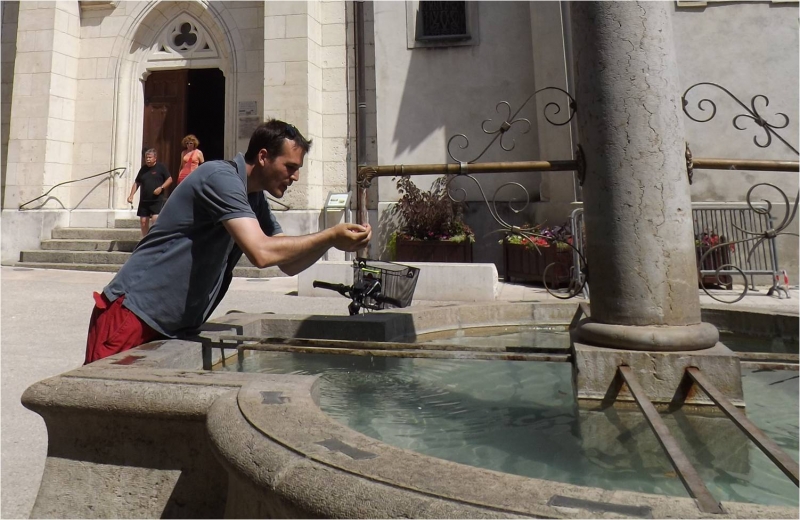 Drinking out of Public Fountains:

Most fountains in Switzerland have a little sign that says “Eau Potable”, (but be careful there are occasionally ones that say “Eau Non-Potable.) It is common to see, and socially acceptable, for people from all walks of life to walk up and grab a drink.  On a hot day it’s nice to have cool refreshing water available in the city, even if the act of drinking makes you feel like you’re living in the Dark Ages.  To be fair though the fountain was probably built in the Dark Ages.

All the trains and most of the buses here are powered by electricity. I have seen electric trains in the U.S., but never electric buses.  The giant connecting rods sticking up from the rear of the bus, and the electric wires running all through out the city are very foreign.  A bonus with electric buses is that you know the driver will never get lost, because if he veers from the route the bus will have no power.

I’ve only seen one brewery that bottles beer with this weird pull off cap, and it’s a French brewery.  Who knows? Maybe this design will be coming to America soon? 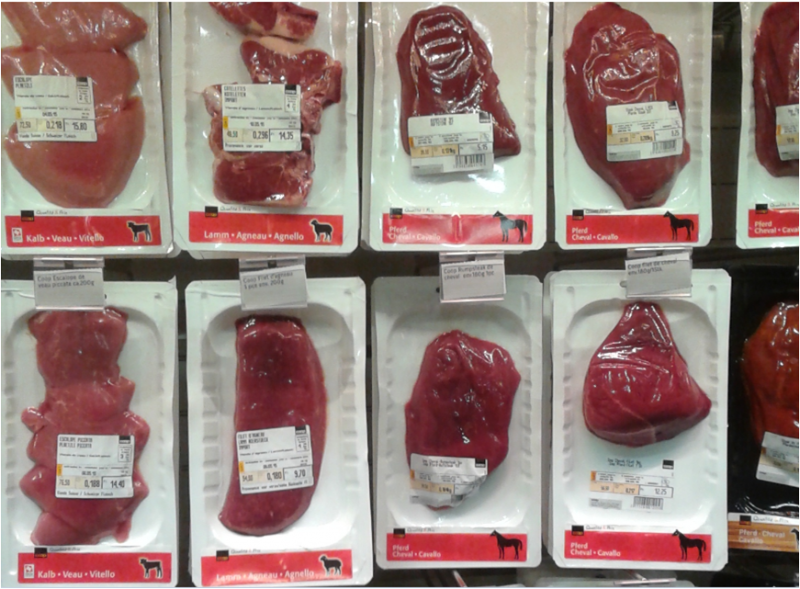 Swiss people love horses… just in a different way than you think.  I’m not sure if it’s illegal, but it seems quite taboo to eat a horse in America.  Here you can buy horse steaks, horse sausages, and horse hamburgers at any ordinary grocery store.  Melissa and I are still a little too weirded out to try it, but maybe someday. 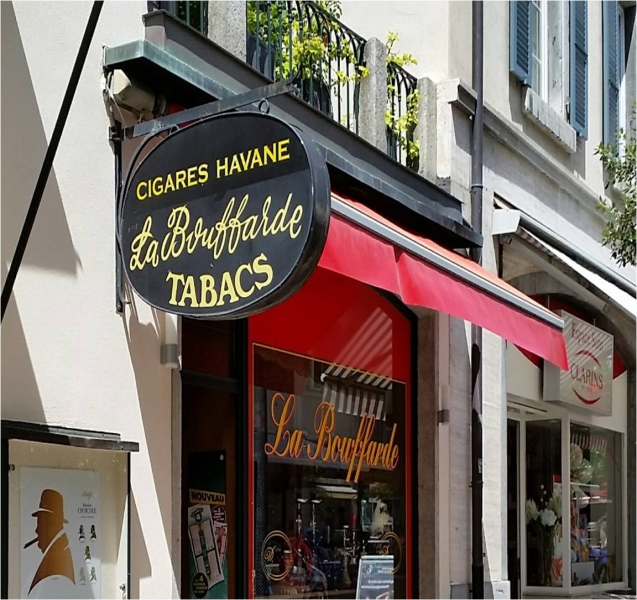 This may not be a difference for very much longer, but it’s perfectly legal here to buy Cuban cigars.  Switzerland’s neutrality means they don’t have nearly as many embargoes. 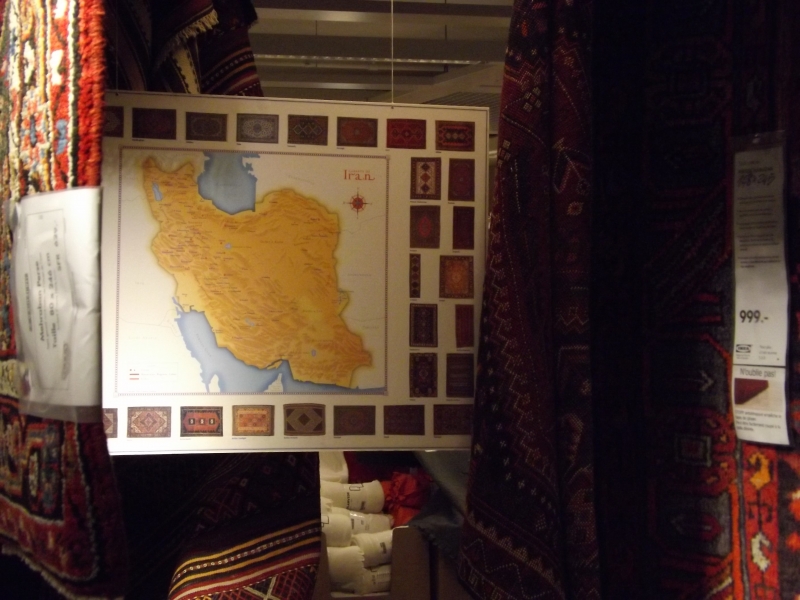 Cuban cigars are available in many countries outside the U.S., but I don’t think there are many that sell Iranian rugs.  Melissa and I were both surprised to see them on sale at the local Ikea. 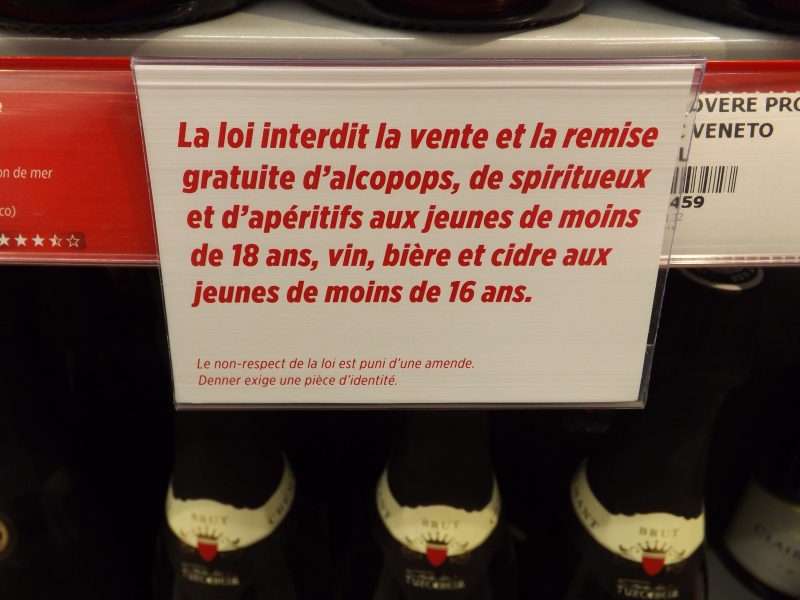 In contrast to America’s puritanical drinking age, Switzerland allows people to purchase wine, beer, and cider at 16.  (Melissa actually got carded once for beer, but I don’t know if you’d still count that as a complement, or if you need to be concerned about the clerk’s vision)  The above text from a grocery store translates to:

The non-respect of the law is punished by a fine.  Denner requires a piece of identity. “ 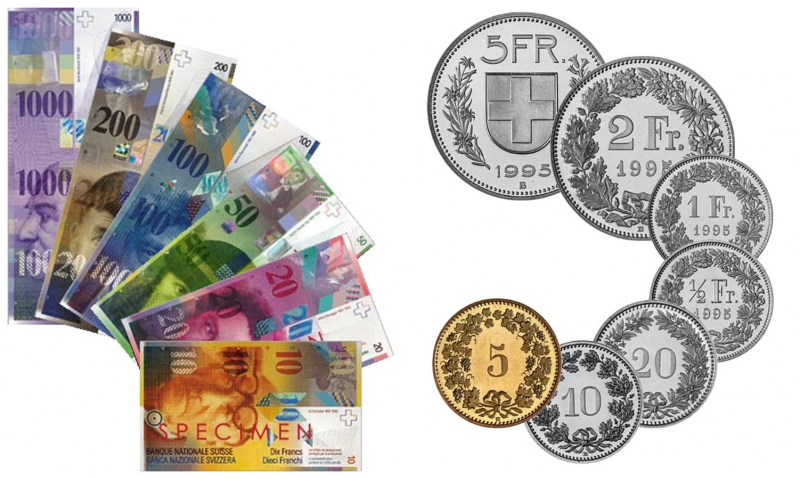 There are a lot of differences in Francs from dollars.  The bills are colorful and increase in physical size as the value increases, the smallest bill is the 10 Franc note, below that coins are used, and the smallest coin is 5 centimes, (the Swiss are so rich it’s not worth their time to worry about pennies.)

The largest bill I’ve seen in person is the 200 Franc note.  If you ask an ATM for 200 Francs, it will give you just one 200 Franc note. However, unlike in the U.S.,  no one bats an eye if you go to the store and pay for a few Francs worth of stuff with a large bill.  Melissa had the opportunity to see the 1000 Franc note once, back when we didn’t have a bank account and needed to cash her paycheck.  The clerk thought it was perfectly normal to ask if she wanted it cashed with the 1000 Franc bill; Melissa taken aback that a 1000 Franc bill even existed, asked for smaller bills.

Switzerland is famous for banking, and bank secrecy, so it goes to figure that accessing our Swiss bank account online is much more complicated than for a U.S. bank.  The first step is to enter a secret number on the log in screen.  Hitting enter brings up a different screen with a random 6 digit number that needs to be entered into the password generator given to us by the bank.  The password generator is the thing above that looks like a calculator.  To turn it on requires the access card, and the PIN number.  Once on, I can enter the six digit number from the internet screen, and get back an eight digit password with numbers and letters, and finally if I enter that password I can access online banking. 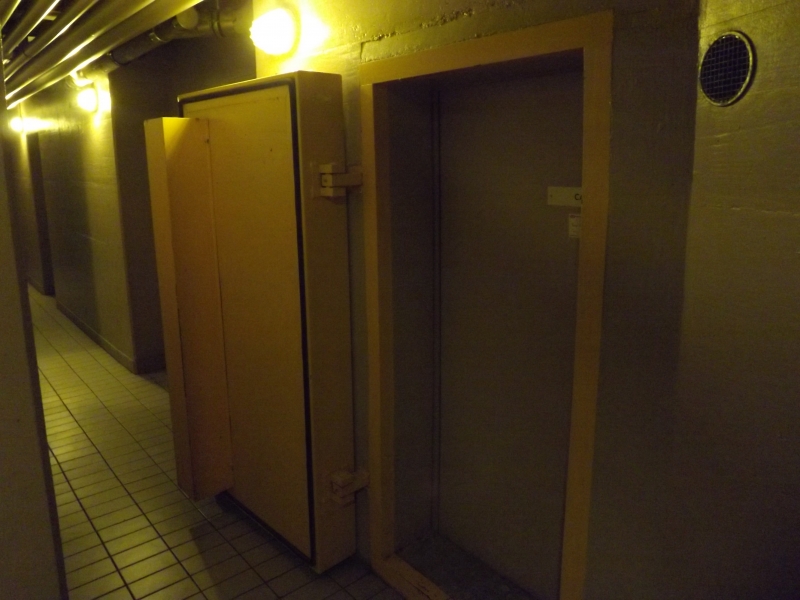 The above picture is of the door to the fallout shelter in our apartment’s basement.  Even though our apartment was built after the end of the cold war, it, along with almost all new construction in Switzerland,  was built with a state of the art nuclear fallout shelter. It’s the law here that new residential construction either needs fallout space for all inhabitants, or the builders need to pay a fee to the government so that they can build shelters.  According to the website, http://www.swissinfo.ch/eng/bunkers-for-all/995134, in 2006 there was enough space in shelters for 8.6 million people, or 114% of the Swiss population.