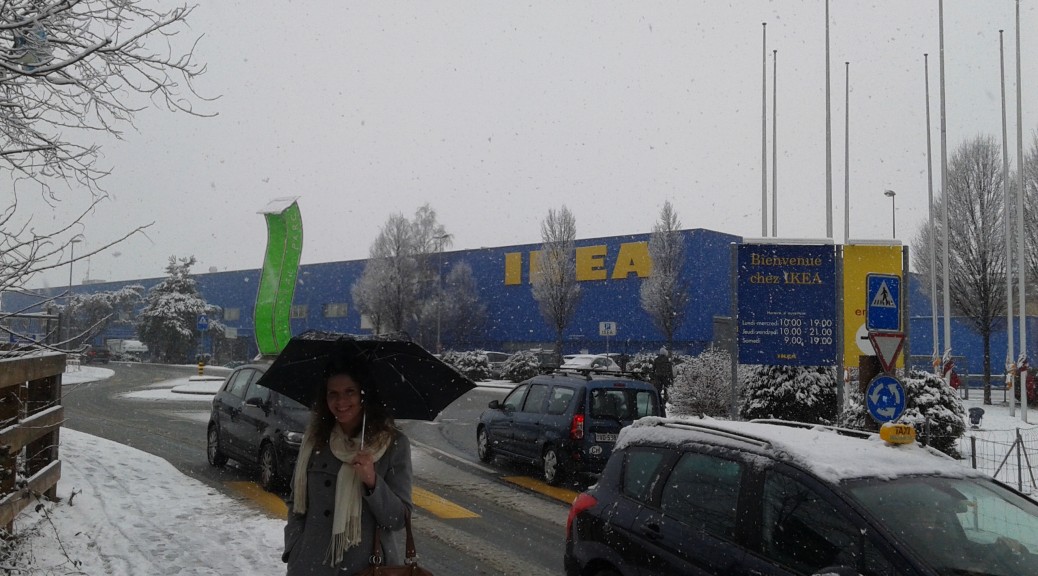 This week it finally feels like we’re making headway into Swiss society.  The rental contract came in the mail to Melissa’s boss; it was delivered to him instead of us because he graciously agreed to be our co-signer.  All the appropriate signatures were added, and then I dropped it off at the rental company on Tuesday.   All that is left is paying for the first month’s rent and the security deposit, (called a guaranty here).   We are just waiting to pay those because, (fingers crossed) Melissa has a meeting with a banker at UBS tomorrow who may be able to get us a bank account without our residence permits.

Since we’re rich American’s living in Switzerland I spent some more time this week trying to figure out how to pay less income tax.  The most difficult tax issue is that Melissa received a Swiss pay check in December, which was taxed by Switzerland, and now the US wants to tax it too.  There is an exemption to avoid this double taxation on foreign income, but to claim it you must live in the foreign country for at least 330 days out of a twelve month period. This seems like an issue a lot of people would encounter, but I couldn’t find a good answer anywhere on the internet.  So I decided to just call the IRS and they clarified it right away.  Yes we do have to pay double tax on the income, but if we end up meeting the time test we can file an amended return next year to claim the exemption.  So it’s a good thing I spent so much time researching taxes because it looks like next year I’ll get to file two returns!

Thursday, the Chinese calendar turned a page to the year of the sheep.  To celebrate, on Friday we ate at a Chinese restaurant  here in Lausanne with Melissa’s group.  One of her group mates is from China.  She filled us in on Chinese traditions and ordered all the food for the group family style.  It was fun to try some new dishes in our mini group buffet.

Saturday we took a twenty minute train to the suburb of Aubonne to visit the IKEA store.  Our next apartment is going to be unfurnished so we need everything.  There are sites like craigslist and other stores here, but since we don’t have a car and IKEA will deliver any amount of things for one flat fee, we’re planning on furnishing the whole apartment from IKEA.  We did all our shopping online before going, but it was good to walk through the show room to see how the items actually looked.  The store is quite similar to the one in Bloomington, there is a long, winding path to walk through and all the stuff is labelled in Swedish.

Also this week I spent some time researching how to add a “Places we’ve been” map to this blog.  I have the link to the map on the main menu, below the header image.  The map has markers for where we’ve been and when you click on one it brings up the corresponding blog post. There’s only a few markers now, but as we travel more we hope to fill up most of Europe.

P.S.  There was one other bit of progress I forgot to mention.  On Wednesday the 18th we received our notice that we have Swiss health insurance.  It took exactly 2 weeks from when we applied to be approved.  I was getting a little nervous because the law in Switzerland is that everyone must buy health insurance within 3 months of arriving.  There is a special bureaucratic office that sent us two letters reminding us we need to be covered, and once we had the coverage I had to send the proof of insurance to that office.