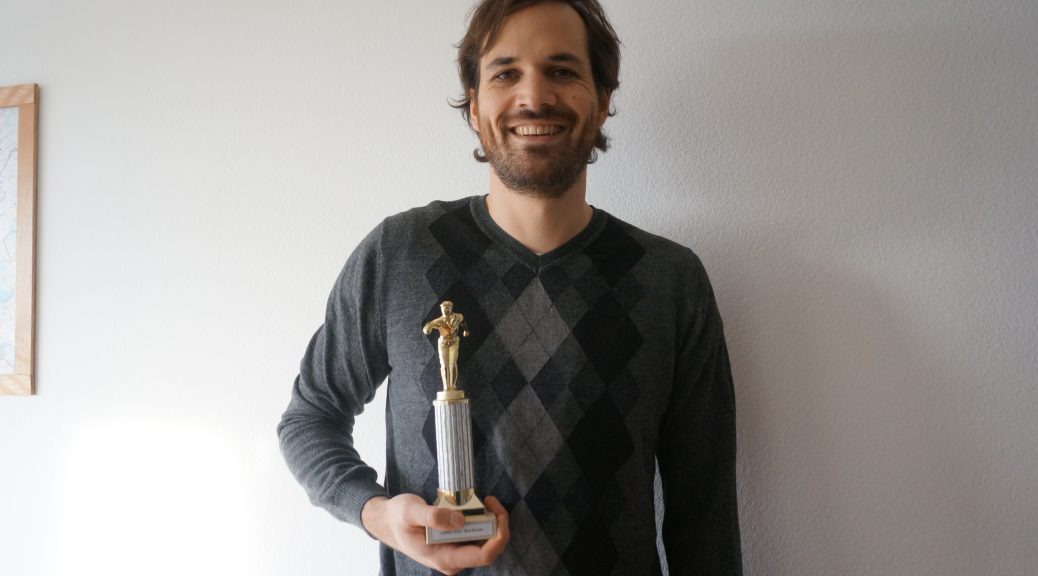 Even though Thanksgiving is a very foreign holiday to the rest of Switzerland, Melissa and I still celebrated it like good Americans. On Thursday, after Melissa went to work like a normal day, I went to work cooking our feast.  Since it was just the two of us, I only cooked a portion of turkey breast instead of a whole bird, but I did see whole turkeys in the supermarket.  The price of a turkey is about double the U.S., I think, at 6.5 francs per kilogram which converts to roughly $3 per pound.  In addition to turkey we also stuffed ourselves with mashed potatoes, green beans, stuffing, canned cranberries, and pecan pie. 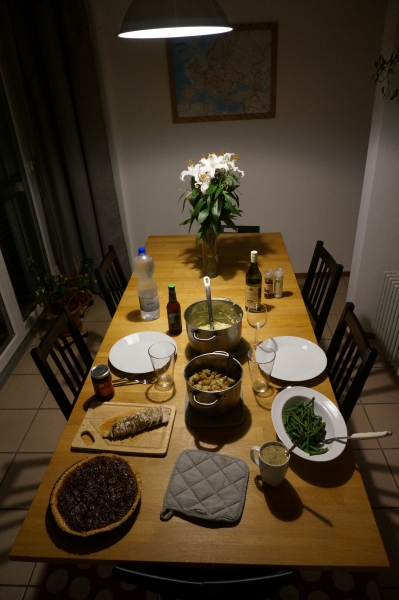 As I was shopping and cooking I was thinking about the French names for the American foods, and I thought it would be interesting to share some of them on this blog.  First, turkey, which is called dinde in French.  The word “dinde” derives from “de Inde” which translates to “from India.” The source of the this name is that the French thought turkeys came from India, which is different than the English, who thought they came from Turkey.

Mashed potatoes are called purée de pomme de terre in French, with the words “pomme de terre”, which signify “potato”, literally translating to “apple of earth.” Stuffing translates to farce, and farce in French also has the same meaning of a type of comedy as it does in English. Apparently the French started using the word farce in the middle ages to describe comedy that was “stuffed” between the lines of religious plays.  The English later adopted the French word to sound sophisticated.

Cranberry, which translates to airelle rouge, isn’t that interesting of a name in French, but in Italian (which is also printed on all Swiss food labels) the word is mirtillo rosso. Mirtillo translates to blueberry, and rosso translates to red, so mirtillo rosso literally translates to red blueberry.  We didn’t have any pumpkin pie for Thanksgiving, however the French translation of pumpkin, which is citrouille, is worth mentioning.  “Citrouille”  comes from the word “citron” which means lemon in French.  When the French first saw pumpkins they named them that because they thought they looked like big lemons. 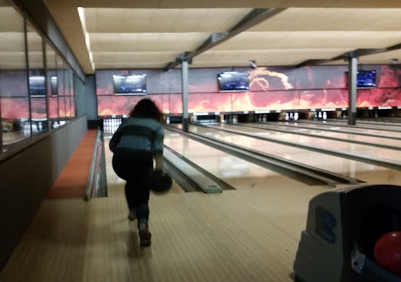 On Friday of this week we had our second Thanksgiving celebration when Melissa’s boss, who is also an American, took everyone in the research group, as well as their spouses, out for a night of bowling. As luck would have it I bowled the best game of the night with 182, and helped out team win the prestigious bowling trophy, as seen in the cover photo of this post.

One thought on “Thanksgiving 2016”