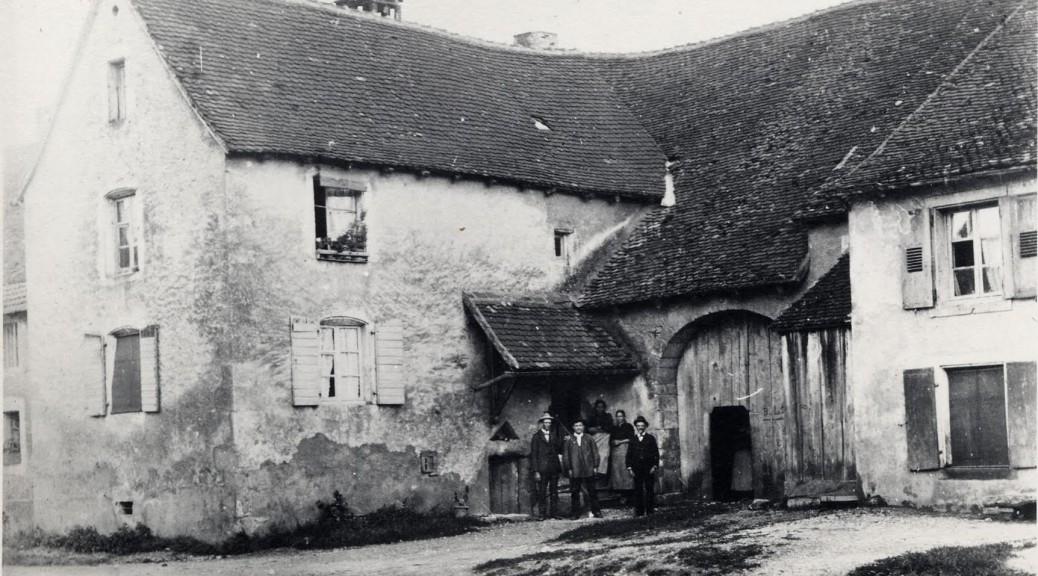 Back in the 1800’s all of my ancestors, one by one decided to leave their homes in Europe to set sail for a new life in the foreign land of America. Today in the 2000’s, I, their descendant, have returned to Europe, but I am now the foreigner in their former homeland.  It is strange and fascinating to think that many people I see walking along the street had ancestors similar to mine, but only that their ancestors never decided to leave for America.  It has also piqued my interest into researching a little more of my own genealogy.

I started by talking to my parents and grandparents and using the most popular research site: ancestry.com.  Ancestry has a great layout to organize your family tree, as well as a built in hint function that shows you possible data matches as soon as you enter an ancestor.  However, the site requires a monthly subscription to fully utilize everything.  I’ve been too stubborn to pay for the subscription yet, but have had good luck by mainly using two websites for my research, familysearch.org, and findagrave.com, as well as just doing google searches with names and dates in quotations and perusing the hundreds of results.

Familysearch is the best site for U.S. census data, and has tons of databases from other countries as well.  However, it too occasionally blocks your view without a subscription.  Findagrave is a searchable database of gravestones, with most seeming to be in the U.S., but sometimes foreign graves pop up in the search.  It’s great because it’s completely free.

The research is fun because it’s like unraveling a mystery, which only grows with each person you find, because each person unlocks two new people, that is their parents.  Even when you think you have found an ancestor though, there is still a level of doubt.  I feel pretty confident if I find the same names and birthdays in a census compared to a gravestone record, but I was mistaken once already while searching for my great-great-grandparents in a Norwegian census.  I had found a family with the name Vaaland, which was similar to my ancestor’s last name Wasland, and furthermore, four children in the Vaaland family had the same names as the Wasland children. But when I dug deeper, I found out that Tomine Vaaland was buried next to her parents in Norway, whereas my great grandma, Tomine Wasland, was buried in Minnesota.  All that digging, and it was a miss!

Once I traced my ancestors back to Europe I’ve found the history becomes much harder to find.  For one, it’s older than the American history, so it’s more likely to be lost in wars or fires. There is also a patchwork of different national website’s to navigate, in different languages, and many records have not yet been digitized and would require a trip to a small foreign city to investigate.   When hunting down some of my ancestors who had lived in France, however, I had a stroke of luck and ran into a different family tree already put together!

Through some intensive Googling, I not only found these new branches of my family tree, I was also able to find a couple of email address to connect me to the distant cousins who had researched it. I emailed these distant cousins of mine, both named Linda, and they were overjoyed to have someone to share history with.  Their family tree stretched back into the 1500’s, the furthest I have been able to trace back so far.  In fact the cover picture of this blog post come’s from Linda Sheeny and is my ancestor’s house in Audincourt, France.

Since starting researching in November, I’ve already traced my ancestry as far back as Europe, to the countries that my immigrant relatives came from, and for most of them, the cities they were born in.  My tree so far includes 198 people, and up to 15 generations back on one branch! Below I have a map of the locations where my last European-born ancestors were from.  I have color coded it with Red for my Grandfather Fredrick Olson’s ancestors, Orange for my Grandmother Lorraine Olson’s ancestors, Blue for my Grandfather Raymond Diedrick’s ancestors, and green for my Grandmother Jeanette Diedrick’s ancestors.  The pins in the ocean are for ancestors whom I still don’t know hometowns.

So far I’ve been a little disappointed I haven’t found any big family secrets, royalty, or other famous historical people. But it is still cool, and Melissa and I hope to go on a trip sometime to walk the same old streets and alleys as my relatives hundreds of years ago.