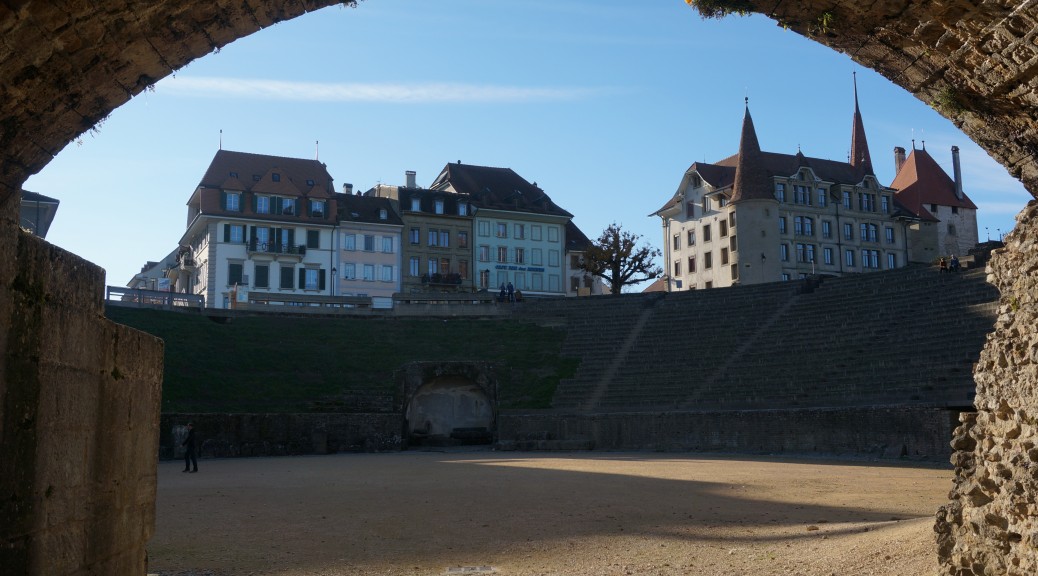 It’s easy to see castles, cathedrals, and cobblestone streets and think they’re all about as old as dirt, but everywhere we look in Europe we seem to find the remains of an even older civilization. On Saturday Melissa and I traveled 40 miles from our apartment to reset our idea of old to Roman times in the town of Avenches, Switzerland.

Avenches is built on top of and among the ruins of Aventicum, the Roman capital of Helvetia founded about 2000 years ago. Aventicum was the largest town of Roman Switzerland having a peak population of 20,000 (Avenches has a population of 4,037 today), but was mostly abandoned, due to Germanic attacks, before the fall of Rome. 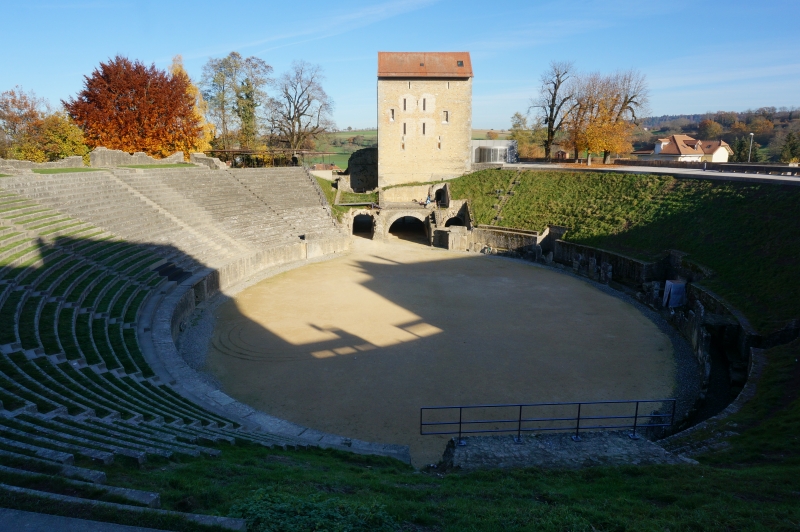 From the train station we walked up a big hill to find the old part of town.  Then, right in the middle of the medieval buildings, we found our first Roman sight, the amphitheater.  It’s the best preserved ruin in the town and apparently they still perform concerts in it occasionally. It’s estimated that it would have held 6,000 spectators. On one end of the amphitheater is an out of place looking tower building that was built around 1100 A.D. and now houses a Roman history museum.  Entrance was free, and inside were four small floors of artifacts and history displays of Romans in the area. 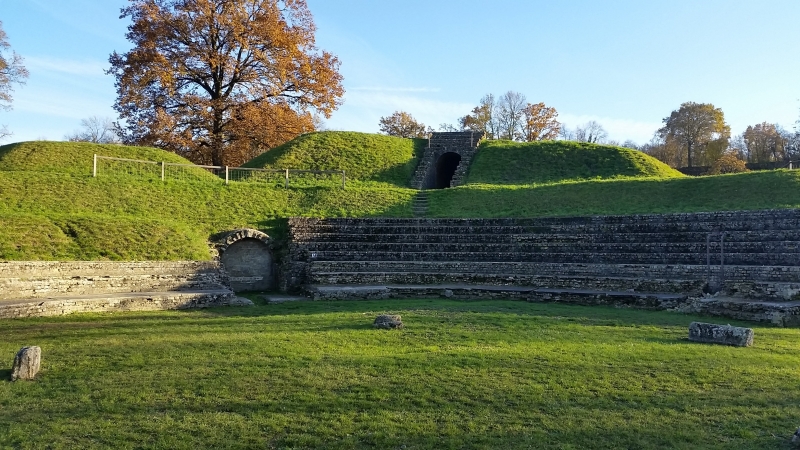 After seeing the museum and amphitheater we walked through the center of Avenches on our way to the ruins of the Roman theater. When Aventicum was a town, the theater was near the center surrounded by buildings.  In the modern day, however, the walk to the theater takes you through fields and past a sheep pasture.  The theater isn’t as well preserved as the amphitheater, but there is a picture on the site showing what it would have looked like.  It basically used to be about twice as tall, and shaped like a horseshoe with the stage in the center. 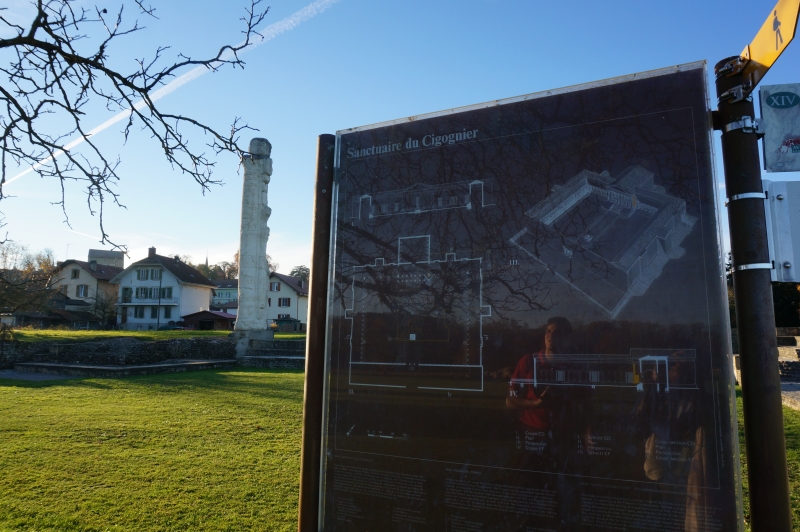 The last sight we visited in Avenches was the ruins of a temple.  All it is today is two columns, but again they have a display showing what it used to be like.  If you can make it out from the above picture the column is just one of many that would have made a gigantic temple. Avenches had a handful of other ruins to visit, but they were more spread out from the three we saw.    We left satisfied that we saw the “real” old stuff in Europe.